‘Where is the Bathroom’ in German (and 18 other languages)

‘Where is the Bathroom’ in German (and 18 other languages) If you need to know one thing when traveling in a different country where you don’t speak the language, it’s probably how to ask “where’s the bathroom?” When nature calls, you need to answer, after all. So here is a round-up of how to ask about the restrooms in 19 different languages — including Italian, French, Spanish and Portuguese — along with an all-important heads-up on how the actual facilities might be a little different than you’re used to. 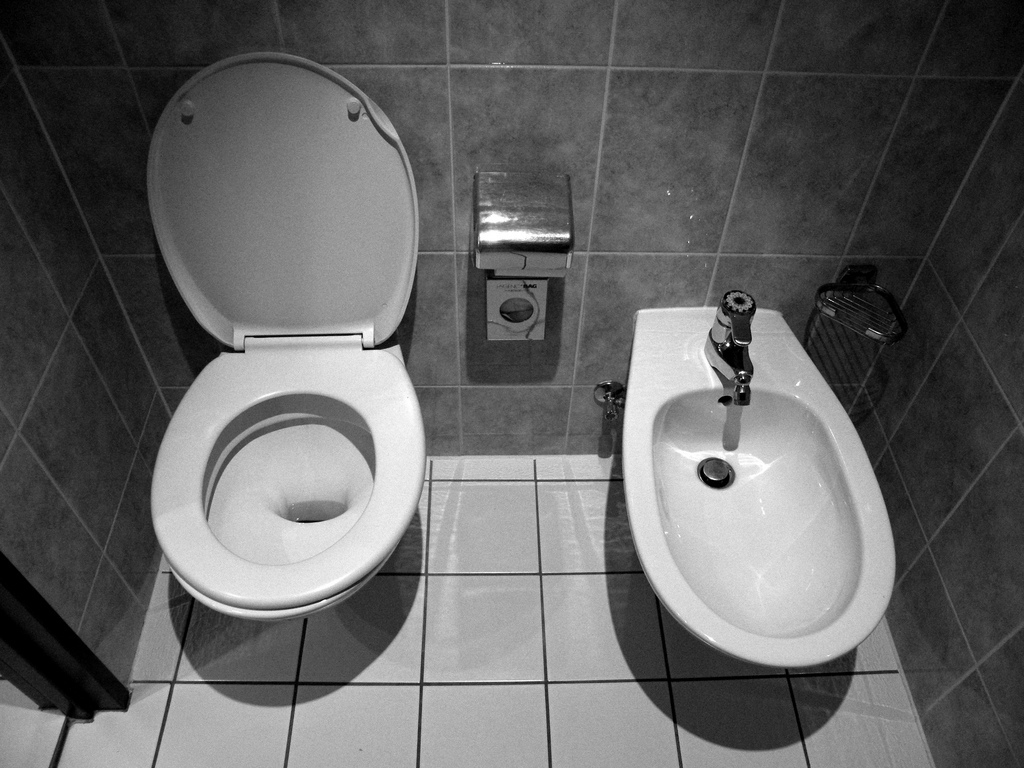 Bidets can be found in many parts of Europe. photo source: Flickr

In many areas of Asia, public restrooms may have a squat toilet instead of the sit down models you may be used to. We’re not sure whether squat toilets are used because they’re easier to clean, offer a healthier position for elimination, or spread germs less easily, since you don’t have actual contact with the toilet. In any case, be prepared for a new and different experience. Below, you can learn how to say where is the bathroom in Chinese. Of course, depending on where you travel, you may also need to know the Japanese word for bathroom. 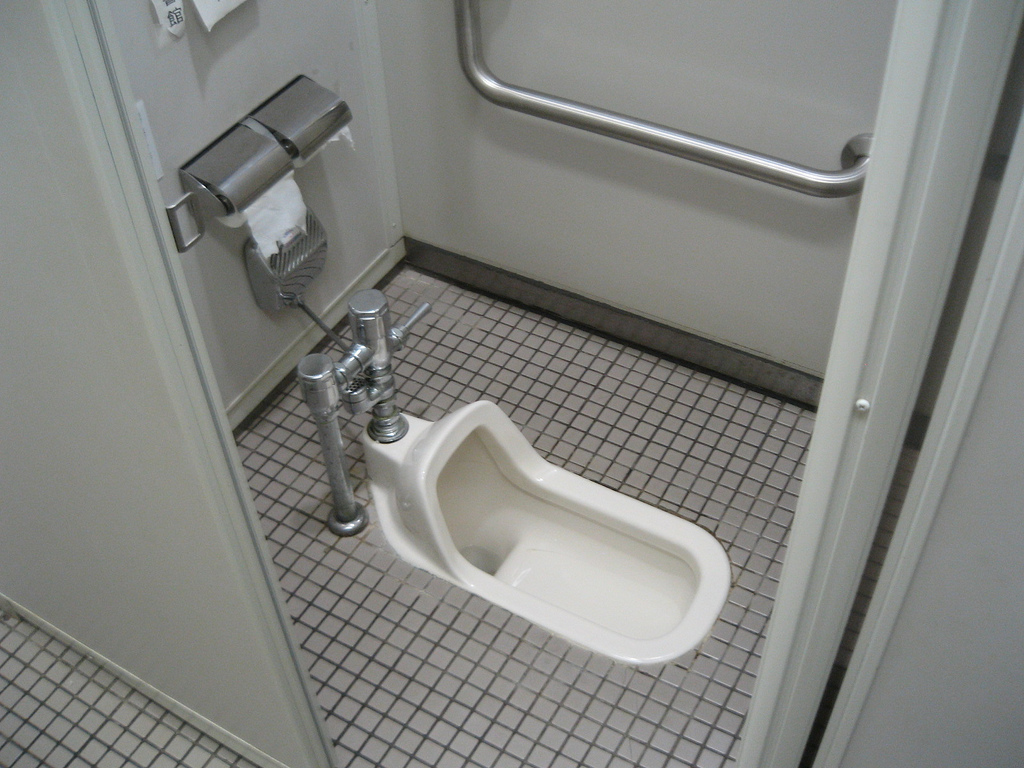 Squat toilets can be found in some Asian public restrooms. photo source: Flickr

Middle Easterners have sit-down toilets, but they use a watering can type device to wash their bottoms after they use the toilet. Some say they don’t have toilet paper, but others say they do use it after they wash. Regardless of the specifics, you will definitely want to know how to ask where the bathroom is, you can figure out the details when you get there.

It seems that there are almost as many different bathroom practices as there are languages in which to ask where bathrooms might be. Of course, each country thinks its ways are “normal,” but when it comes to toilet habits, it seems that normal is in the eye of the beholder. Here are some ways different English speaking countries ask the question.

American English: Where is the restroom / bathroom?

Canadian English: Where is the washroom?

British English: Where is the loo / lavatory?

Irish English: Where is the WC?

There will probably be times you just don’t know how to ask that all important bathroom question. You can try some gestures to indicate your need, and in many languages the word toilet sounds similar enough that it might work. In sign language, the word for bathroom is made by tucking your thumb straight up between your pointer and middle fingers while making a fist and shaking your fist from side to side. I’m not sure how widely known sign language is, but hey, in desperate times you’ll try anything, right?

We could probably spend quite a bit of time debating which country’s bathroom practices are the most sanitary, but that’s beyond the scope of this article. The best course of action, it seems, is to go along with the practices of the country you’re in, as long as you’re comfortable. When in Rome, do as the Romans do, as they say!