What Do You Say When Someone Sneezes in Germany (and 12 other countries)?

Home >> Communication >> What Do You Say When Someone Sneezes in Germany (and 12 other countries)?

What Do You Say When Someone Sneezes in Germany (and 12 other countries)?

When in Germany, saying “gesundheit” is the proper
way to respond to a sneeze.

We’ve all grown up with the expectation that when someone sneezes it is only polite to say ‘bless you’. It’s a fairly universal reaction that has become almost automatic for most people. When you are traveling in other countries, however, you may not know what to say when someone sneezes around you.

Depending on the country, the response may mean “bless you,” “to your health,” or some other way of responding. Only one language, Korean, doesn’t have any response to a sneeze. Here is a list of countries with the way each language responds to a sneeze.

France is a little different from other responses to sneezing. The first sneeze gets a response of “à tes souhaits,” or “to your wishes.” The usual response to the second sneeze is “à tes amours,” or “to your loves.” If there is a third sneeze, the response is “qu’elles durent toujours,” which means “that they last forever.” 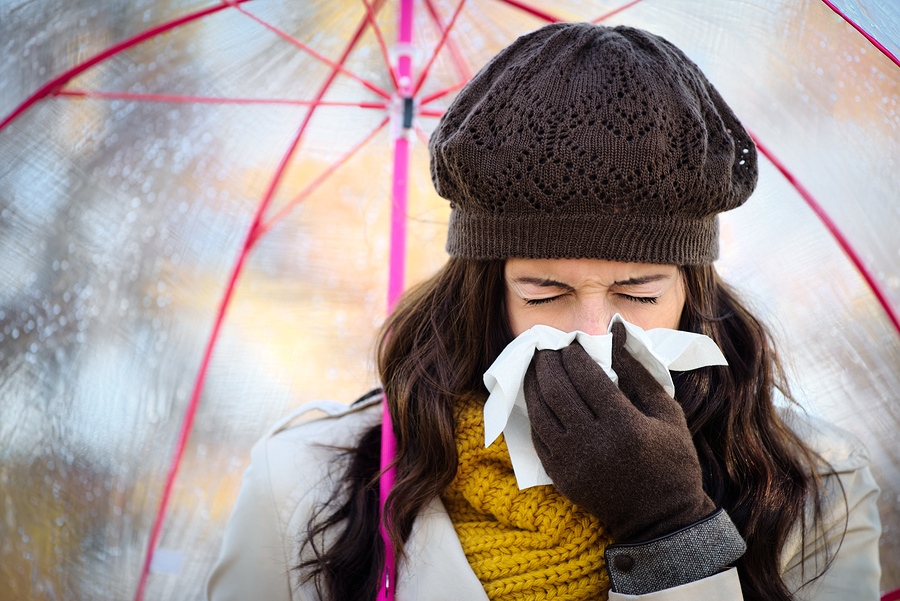 Sneezing into a tissue is the best way to
stop the spread of germs.

You may wonder why people so often sneeze more than once. Sneezes are triggered by histamines in our bodies, which react to dust particles, allergens or other foreign particles in the nasal cavity. When our first sneeze isn’t powerful enough to expel all of the histamine triggers, then we sneeze again.

You shouldn’t try to hold back a sneeze. In rare cases, trying to hold in a sneeze can rupture an eardrum or crack a rib. It may seem healthier to just sneeze through your nose and keep your mouth closed, but your nasal passages are not big enough to handle the force of the sneeze. Usually, though, it just results in more sneezes as the trigger remains in your system.

Although sneezes should be let out for the health of the sneezer and not stifled, they can spread germs to other people. The best way to cover your sneeze is with a few tissues, which will block and absorb most of the germs. Washing your hands right away with warm water is recommended.

• The Origins of Summer

• Where Is the Bathroom in German (and 18 other languages)